My lovely Patchwork Quilt is starting to come together. The original fabrics I bought were all reds and pinks, but as I was starting to put them together I became a bit concerned that there just wasn't anything to make the colours really zing. Here are the fabrics sewn into strips, do you see what I mean? 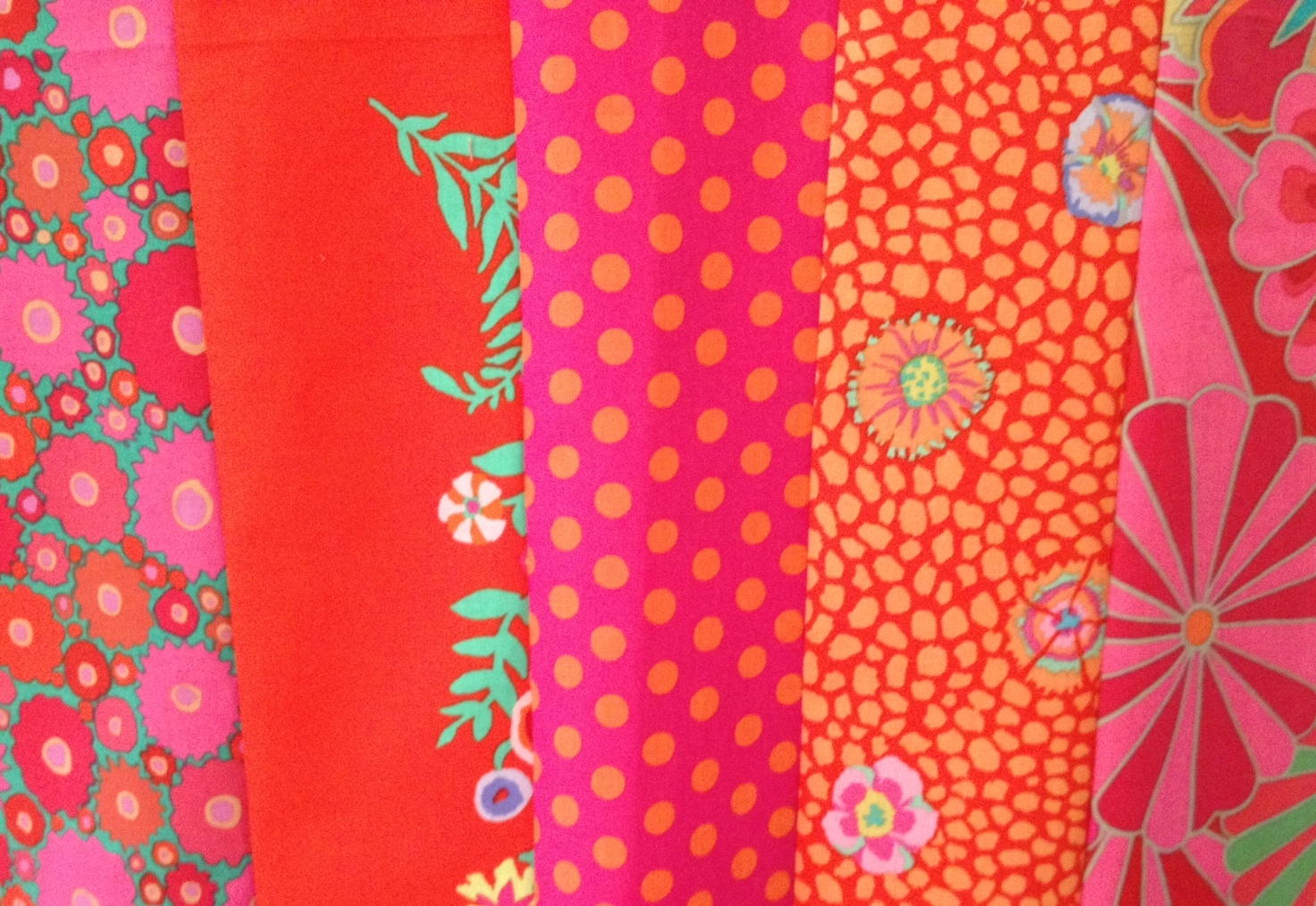 I decided to add one extra fabric in a vastly contrasting colour - lime green - to make the quilt top pop. I settled on another Kaffe Fassett fabric called Paperweight. I'll definitely be using it sparingly as it's a touch garish! I do love the glass paperweight effect though. 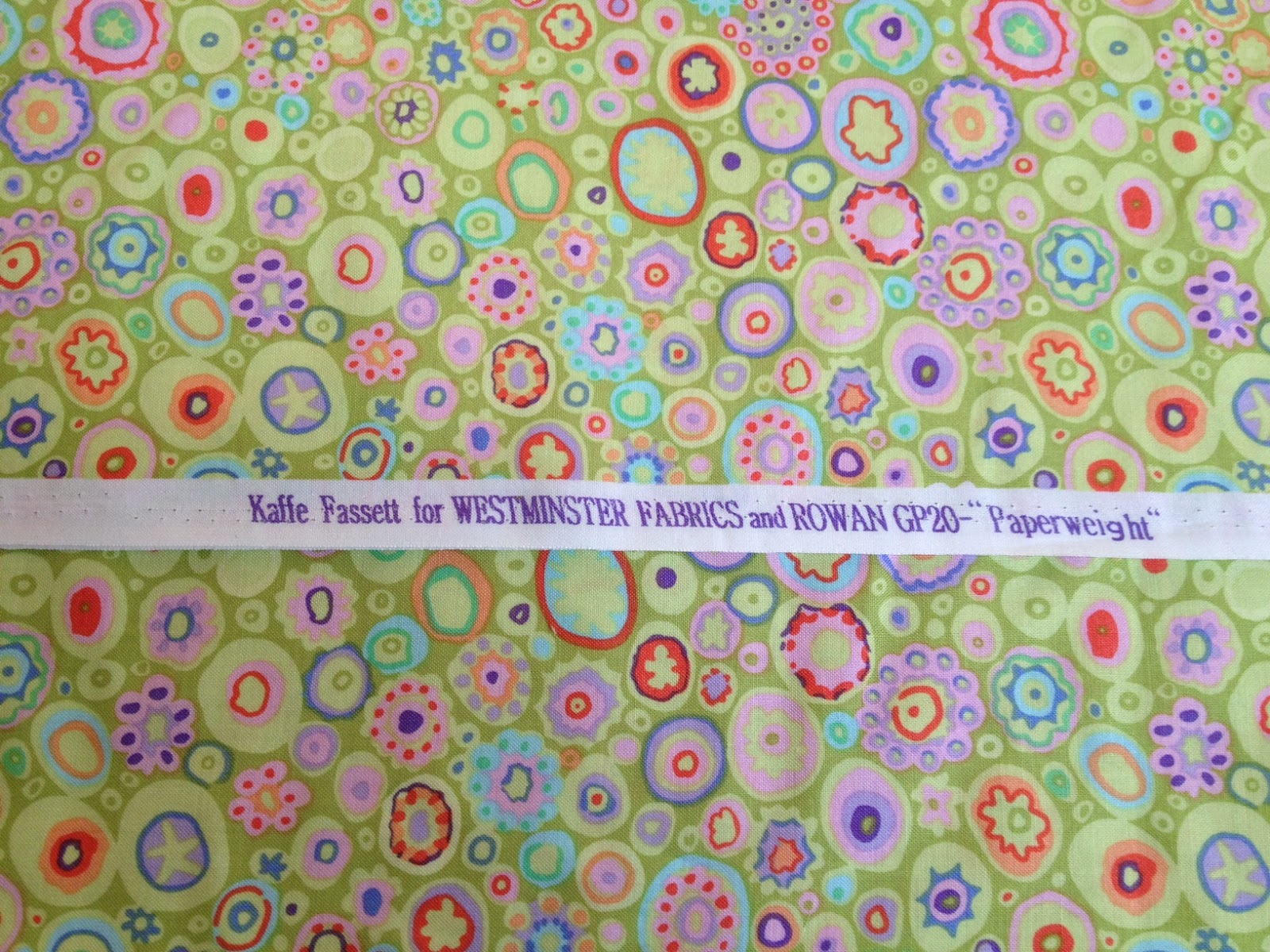 So far I've made 5 blocks consisting of 25 three and a half inch squares. Each of the blocks has a maximum of one green square, some have none. Here are four of the finished blocks laid out  - what do you think to the green fabric addition? 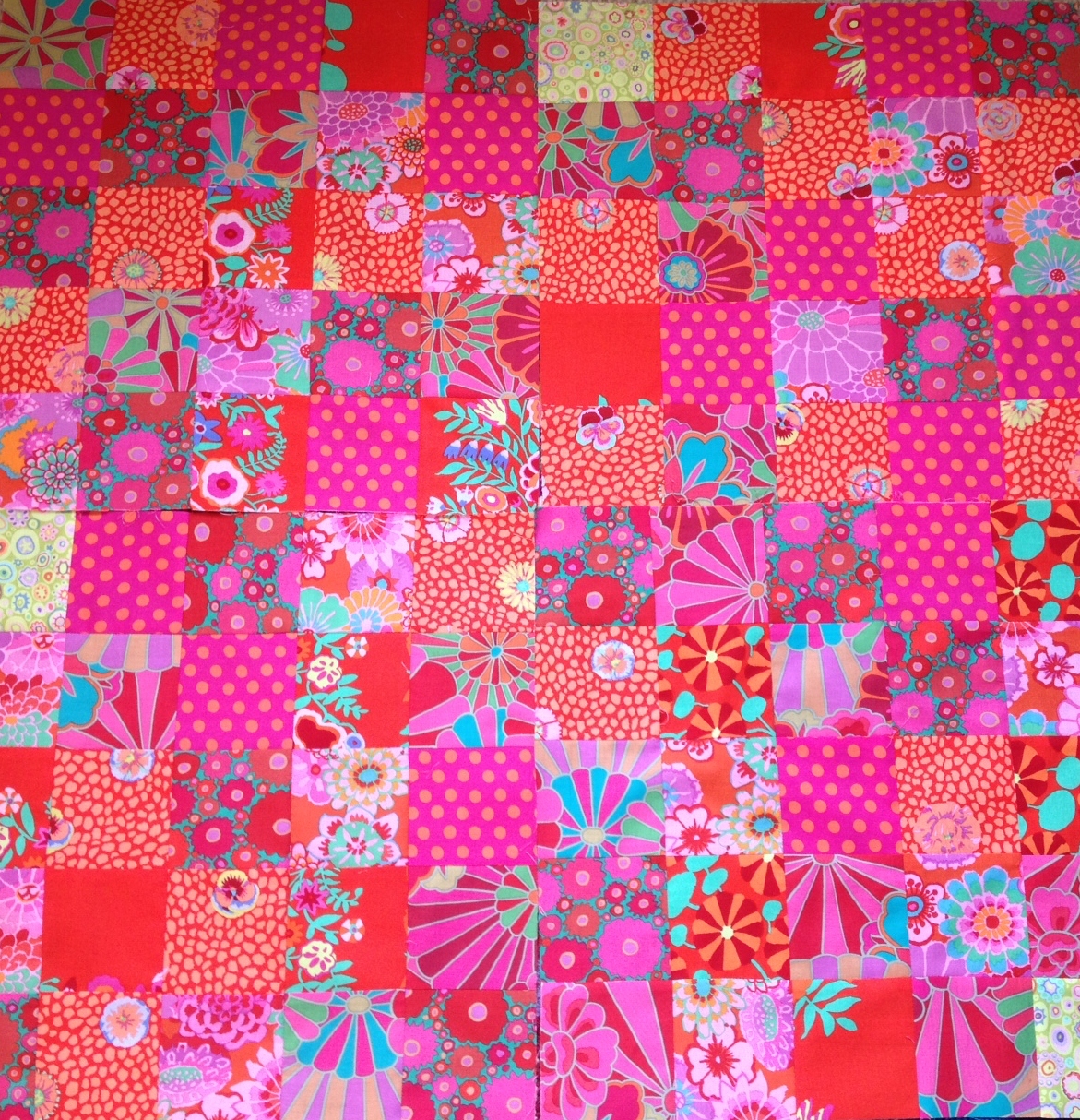 I am trying to be extra careful sewing these blocks together, keeping the seems as straight as possible, because it really shows if they are offline. Although the blocks come together quickly, I've still got a large pile of strips to sew together into blocks. I want the final quilt to be large enough for my double bed (too big!).
Hope you all like it.